What are people reporting at DoNotCall.gov? 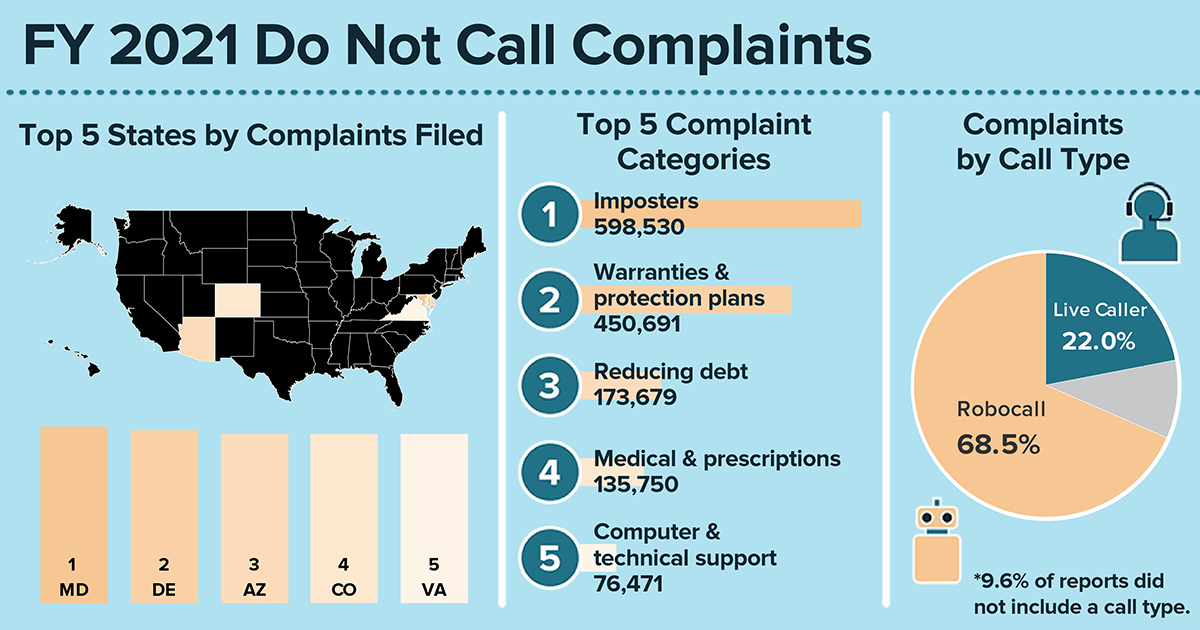 In the past 18 years of the National Do Not Call Registry, those of you signed up for the registry (244 million phone numbers right now) have reported millions upon millions of unwanted sales calls over the years. Here’s a quick look at what you’ve reported this year at DoNotCall.gov about the calls you’re getting:

Learn more about these reports, including data for your state.

Your reports show what we all know — even if you’re on the registry, you’re still getting unwanted calls. Legitimate, law-abiding companies typically follow the Do Not Call rules. But scammers often ignore them. To get fewer calls, read about some steps you can take to block unwanted calls.

And please, keep reporting calls at DoNotCall.gov. The FTC and other law enforcement agencies analyze reports to identify and take action against the people responsible for illegal calls and scams. The FTC also takes the phone numbers you report and releases them each business day to help telecommunications carriers and other industry partners that are working on call-blocking and call-labeling solutions.